Question: When I contact a doctor to see if they take our insurance and tell them we have Blue Shield PPO, they say yes. Once I give them my subscriber number they say, “Oh, we don’t take Covered California plans.” Since my understanding is that all plans on exchange mirror those off exchange, I have asked the insurance company why certain doctors refuse. They said they can’t force doctors to take the plan. But, if the exchange plan pays exactly the same as the off exchange one, why would there be so many refusals (and trust me, there are a lot!). It has begun to feel like a plan purchased on exchange (without subsidy at this point) is like a welfare plan that no one wants to touch. Any ideas? Since we cannot switch to another plan at this point (no special circumstance) it has become quite irritating to be shoved off like we have the plague! Thanks!

Answer: Unfortunately, the joke in the health Individual & Family [IFP] insurance marketplace these days is:  “Now we all (should) have insurance, but very few doctors who will take it.”  [Unfortunately, with every joke there’s a bit of truth  So “getting to keep your doctor,” wasn’t quite as realistic as it sounded” when our government officials mentioned this to Americans.]

The reality is many people on IFP plans have not been able to keep, or choose, the doctors they want to see.  When your doctor says they take Blue Shield PPO, that means they are included in the Blue Shield PPO networks for employer-based health plans, for the most part. Given the mandated restructuring of plans by the ACA, IFP plan reimbursement rates to doctors were reduced.

Thus, for example:  Covered California fosters competition between authorized carriers to yield the lowest premium rates possible in the current IFP marketplace. In order to compete, the carriers lean on their providers (doctors and hospitals) to accept ever lower reimbursement rates. Many providers refuse to participate in Covered California carrier networks resulting in “narrow networks” with fewer provider choices. Because 90% of patients are covered either by employer-based health plans or Medicare, doctors can opt of out Covered California with minimal downside to their practice.  Bottom line, Employer plans currently reimburse at higher rates.

Recently, employers were asked which part of the ACA they most want to see changed. And in what’s likely to be a surprise to many, the No. 1 answer wasn’t the employer mandate. 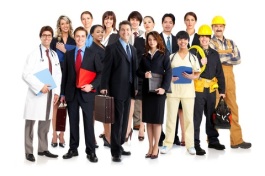 Although 70% of the 644 employers surveyed said they’d like to see the employer mandate repealed, it still wasn’t the highest vote-getter.

What was? Repealing the excise or “Cadillac” tax. All told, 86% of employers said eliminating the tax on high-cost health plans was atop their “Wish List” of the things they’d like to see done to the ACA.

The survey was conducted by the consulting firm Mercer.

So the top five changes employers would like to see to the ACA looked like this (employers could place multiple votes):

Just missing the top five was: Allowing the use of stand-alone HRAs to purchase individual coverage — 51% (it received fewer “strongly favor” votes than did repeal the individual mandate).

When asked about the impact of the ACA on their organizations, employers said it:

Employers were also asked if their health plan enrollment had changed as a result of the employer mandate, and the results closely mirror reports from the Congressional Budget Office (CBO):

The CBO has reported there’s been virtually no change in the number of employees enrolling in company-sponsored health coverage as a result of the ACA. 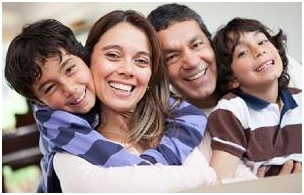 During the week of February 15, DHCS sent a notice to existing Covered California consumers who have been deemed eligible for CCHIP.

Consumers should contact CCHIP to confirm their wish to either participate in the program or to opt for a Covered California plan without premium assistance.

Like Loading...
Now that you have enrolled in an ACA Compliant Health plan
Your Responsibility is not over: 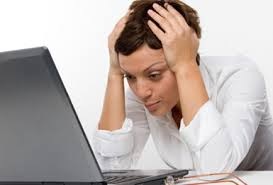 Please make sure that you follow the below steps “regularly” to insure you are not terminated:
1.  Check your accounts online frequently to insure the carriers have not made mistakes on your account, and that all payments are being applied before the due date.  [We have found that many Individual/Family plan (IFP) members are either being terminated for non payment, even though they state their payments were sent on time; or are receiving delinquency letters past the 30 day grace period allowed by the ACA.]
2.  We “Highly Recommend” that you enroll in Auto Pay.  Below are the links to various carrier sites.  [You will need to check your online accounts regularly to make sure payments are being drawn monthly and on time, to avoid delinquency letters or worse Termination.]
3.  Due to new ACA regulations it is extremely difficult to re-instate accounts and you will open yourself up to potential penalties under the ACA. [Remember Grace Periods are only 30 days for IFP accounts that are direct with the carrier, and 90 days for accounts enrolled via Covered Ca. The Grace Period is accumulative and starts from the day you did not  make a payment].
4.  Please Do NOT wait until the last minute to pay on your accounts. Carriers are showing little to no compassion for late or missed payments.  *Check with your Carrier to confirm the due date of your bill.
We Highly Suggest:
5.  If you are enrolled in a Covered CA account, Please Do NOT Forget:
6.  Most of you will receive Obamacare-related tax forms [1095A’s] this year, if you haven’t already. Unfortunately, some Medi-Cal and Covered California enrollees are discovering errors on their forms – but corrections won’t come quickly.  The below link explains who will receive the forms, called 1095A’s, and what to do if they contain inaccuracies. To read the update, please click here.

A new survey by The Physicians Foundation, found that almost 50% of doctors 40 years old and under believed that the new  Patient Protection and Affordable Care Act will hinder their practices. Ove…

Most disappointing is that a large majority of small business owners report higher premiums despite the fact that the law was billed as a way for them to reduce their expenses.

A majority of ObamaCare customers, 52 percent, are being forced to pay back some of their subsidies during this year’s tax season, according to new data from H&R Block.  Customers are paying back an average of $530, which has caused a 17 percent drop in the average return so far this spring, according to the analysis by the tax services giant.

The Obama administration had warned that people could end up paying back some of their subsidies because many were relying on previous years’ income when applying for the tax breaks.

H&R Block has predicted that “most filers” would owe some of their subsidies back to the federal government because they were relying on 2012 income.

The new data, which was released Tuesday, only represents about six weeks of tax filings. Still, it could pose a significant challenge for the administration as it faces an already tough tax season.

“It’s costing taxpayers a large percentage of their refund – a refund many of them count on to pay household expenses,” Mark Ciaramitaro, vice president of H&R Block health care and tax services, wrote in a statement.

Last week, the Department of Health and Human Services asked 800,000 people to delay their tax filings because the agency sent out the wrong forms. The average refund so far this year is about $3,000, according to H&R Block.

Officials said last week that less than 10 percent of people had filed their taxes.

Error: Twitter did not respond. Please wait a few minutes and refresh this page.